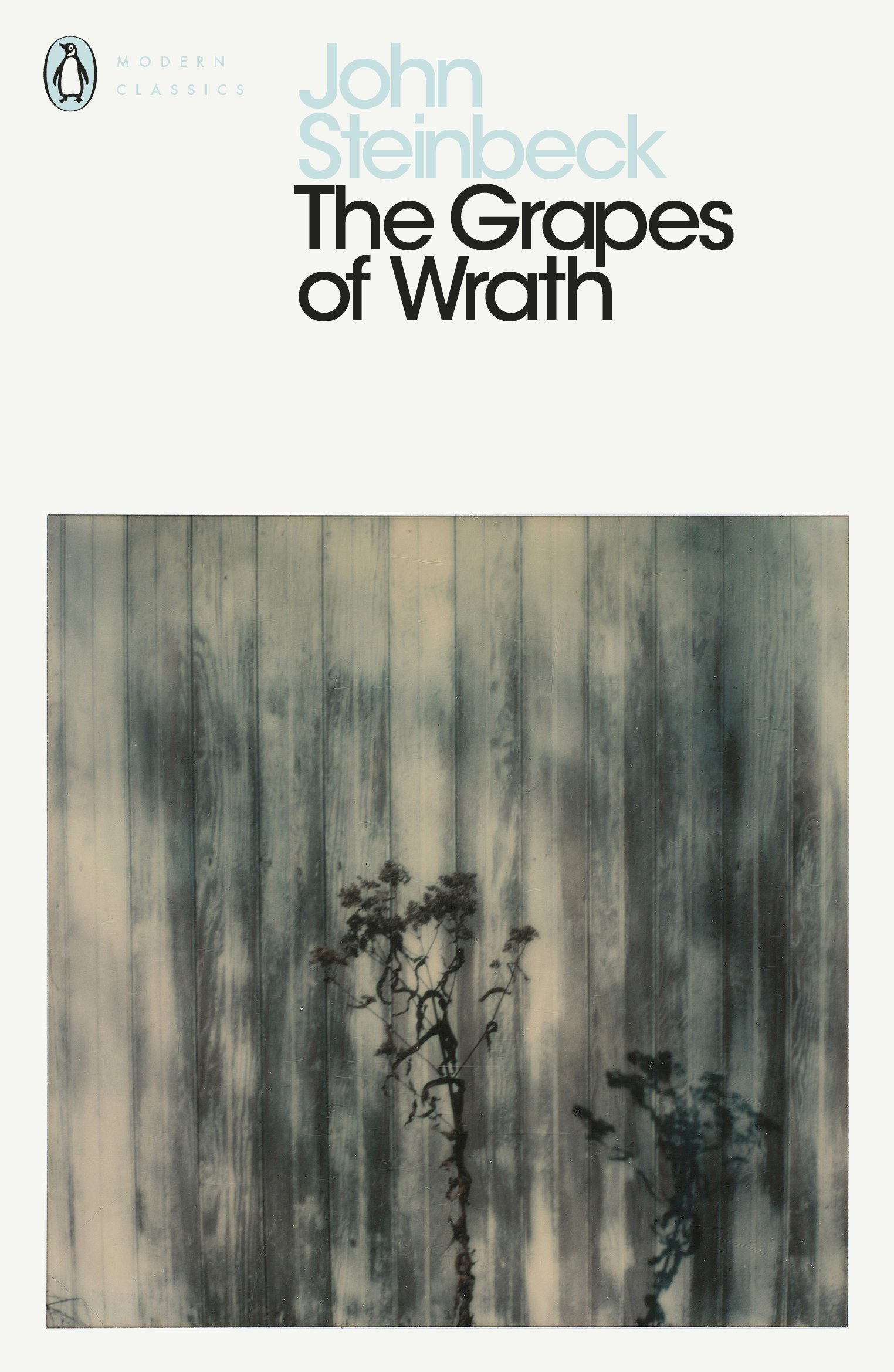 The Grapes of Wrath is a passionate book, it’s Steinback accusing the society of wrongdoing and it leaves you with a deep sense of social injustice.

Set in 1930’s, during the Great Depression- the story focusses on the Joad family. Focussing on just one family gives Steinback the opportunity to go in-depth into each family member’s emotional turmoil and how the family unit works together in times of crisis. But their story is reflective of the fate of thousands of migrant families who were forced to leave the dust bowls of Oklahoma and move to California, in search of a better life for their families.

The Joad family were poor tenant farmers, who were forced off their land, as the big landowners and machinery took over the farming industry. The little farmers couldn’t keep up with low cost and high yield that a tractor could offer… bank foreclosures meant they lost their land. Adding to their misery was the drought conditions which meant the land didn’t yield much any way.

Deep in despair, they see handbills which offer lots of work and the promise of a good life in California. The Joads decide to leave and join the thousands of other “Okies” on Route 66 headed west in search of a better life. The story follows their trials & tribulations as they slowly make their way to California in their rickety old car, with little food, makeshift camps by the roadside and intense heat.

But you still assure yourself that things will be better once they reach the West coast. It feels like a personal blow, when the family finally gets to California and things are just not what they were promised to be. Sometimes, there is a flicker of hope but soon that gets smothered by the greed of the landowners, prejudice of the local authorities and lack of empathy amongst the local populace. Steinback’s story telling is impeccable and it rips the readers nerves to rags.

These were kind but poor people, who wanted to work hard, live with dignity and give their children a decent life. They were not asking for anything unreasonable and they were willing to work hard (really hard) for it. But the xenophobic bourgeois wouldn’t let them fulfil even these basic needs. More than anything this is a story of human resilience, dignity and the fight to survive.

I couldn’t help but draw parallels to the current migrant crisis the world is facing. Being forced out of your home, promise of a better life elsewhere, hardships to get to this oasis and then when (and if) you get there, nothing is like what it was promised to be.

Interestingly, The Grapes of Wrath apparently grew out of a series of newspaper articles on California migrant workers that Steinback wrote for San Francisco News. He was passionate about this subject and didn’t mince words. He said “I want to put a tag of shame on the greedy bastards who are responsible for this (the Great Depression)”. The book was controversial when it was printed and was heavily criticised by many especially the California Farmers association. But over the years, it has become a phenomenon and a must read American classic.

The book won Pulitzer Prize in 1940 and Steinback won the Nobel Prize for literature in 1962- the prize committee considers The Grapes of Wrath on of the principal reasons for awarding Steinback the prize.

My favourite character in the book is Ma Joad, the matriarch of the family. In the beginning, she takes a backseat and let the men of the family take the crucial decisions but as the crisis deepens, you can see her stronger character emerge- she makes sound thought-through decisions when everyone else is in shambles and more importantly she holds the family unit together through the ordeal.

Some friends I spoke to, found the ending too shocking. Maybe it was my female instinct but I knew what was coming, it wasn’t a shock to me. I was left with this unforgettable image of people desperately trying to survive against all odds….survive with dignity & kindness.

View all posts by P1980reviews